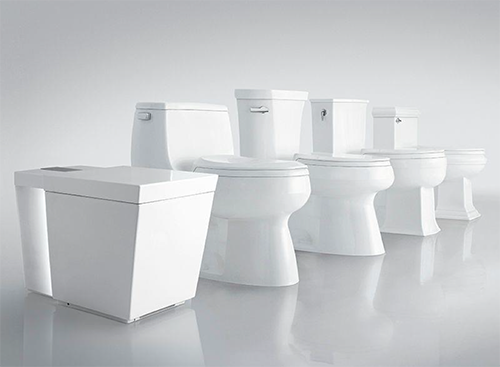 Get Ready for a Bathroom Upgrade with a Bidet

Have you experienced the magic of a bidet? If you’ve only used bathrooms in America, your answer is probably no. It just might be time for a bathroom upgrade.

Of course, you’re likely asking yourself, “What the heck is a bidet?” While the bidet may be new to your American ears (and sensibility), these bathroom gadgets have been a common sight in other parts of the world for centuries.

Let’s face it: If you haven’t yet used a bidet, you’re simply missing out.

First, What Is a Bidet?

Let’s tackle the pronunciation first. Since this is a French word, it doesn’t sound at all as it’s spelled. The proper pronunciation is buh-DAY, at least in America. If you travel to the UK, the Brits will refer to it as a BEE-day. Tomato, tomahto.

Now that we have the way to say it covered, what in the world is a bidet?

Invented in the early part of the 17th century in France, of course, a bidet is a plumbing fixture that enhances the use and hygiene of a toilet. The origin of the word lies in the French bitet, which means pony and is used to indicate that one is riding a pony.

Why is using a bidet akin to riding a pony? Because when using a bidet, a person stands or sits astride the bidet while a stream of water comes up to wash all of their bits and parts.

Now you’re either curious or a bit squeamish—or maybe even a little bit of both.

The Original Use of Bidets

Shortly after their introduction, bidets soon became a standard bathroom upgrade in homes of the elite in France. But they weren’t used in exactly the same way then as they are now.

Originally, bidets were part of good bedroom hygiene. After all, it could be weeks or months between full-body baths in the 1600s, so these little plumbing devices were used to keep couples clean before and after being intimate, and even as contraception. Eventually, their use extended to cleaning other body parts, such as feet, until it was again time for a full bath.

It wasn’t until later that the bidet made its permanent move to the bathroom.

Benefits of a Bidet

While a bidet likely isn’t terribly effective as a contraceptive method, there are myriad other reasons to incorporate them into your bathroom upgrade—and your daily routine.

Modern medicine supports the idea of keeping your private parts clean to ward off health issues and illnesses related to the genital and urinary areas. With better personal hygiene, you may find yourself less likely to suffer from:

The benefits of using a bidet regularly don’t end there, however.

Water cleans better than toilet paper can. The only other option for proper cleaning is a wet cloth or wipe. Since a wet cloth would require increased washing, that’s not a smart choice, so how about a wet bathroom wipe? These are pretty popular in bathrooms across America. But did you know that bathroom wipes are the #1 cause of preventable sewer clogs? If you can’t flush them, you have to put them in the trash can and, well, just yuck!

Let’s look, instead, to the bidet. Think they will use too much water?

A bidet uses only about one-eighth of a gallon of water for cleansing and flushing. Compare that with the up to 37 gallons of water used to make just one roll of toilet paper and you can see the significant water savings of switching to a bidet.

If you’re not accustomed to using a bidet, you may think that water alone won’t clean as well as using toilet paper. Or maybe that it’s just weird to get sprayed with water “down there.” Wouldn’t that be uncomfortable?

We all clean ourselves with water daily, whether that’s at the sink, in a bath, or under the shower. A bidet is no different. You probably wouldn’t feel as clean with a sponge bath, and your derriere feels about the same when it’s just being wiped with TP.

Consider, too, that toilet paper paired with improper wiping can cause even more bacteria to spread than using a bidet ever could. And that’s even when compared with using a public bidet!

Think for a moment about those individuals who can’t clean themselves well due to age or situation. A bidet can make a huge difference in their personal hygiene. These may include:

A bidet is more comfortable than toilet paper.

It should go without saying that water just feels good. Compared with harsh toilet paper on sensitive areas, water will win every time. And what if you’re suffering from a UTI, yeast infection, or hemorrhoids? A warm wash of water will be soothing, calming, and rejuvenating.

Plus, using a bidet is a heck of a lot easier than jumping in the shower after every visit to the commode.

The only negative of adding a bidet to your bathroom might be that using public facilities will never again be able to compare to your throne at home!

Why Americans Shy Away from Bidets

Blame it on the Puritans for Americans’ hesitation to talk publicly about events that occur in the bathroom or bedroom. Even now, 400-some years after the Puritans landed in New England (and about the same time the bidet was making its way into the hearts and homes of France), we’re still not interested in talking about bodily functions.

There’s even a popular book called Everyone Poops that we read to children who are potty training. And it’s true: We all do it, so we should start talking about staying clean afterwards.

Perhaps the rest of the world is a bit more enlightened than we are here in the US. It’s practically guaranteed that if you stay in a nice hotel in Europe or Asia, you’re going to see a bidet in your bathroom. And if you’re brave enough to give it a go, odds are you’re going to fall in love.

The Future of the American Bathroom Upgrade? 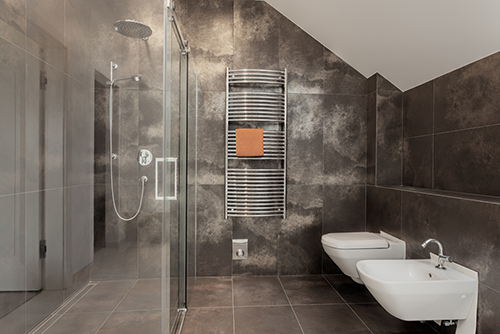 As Americans become more aware of modern plumbing and the benefits of using a bidet, we’ll probably see many more of them popping up across the country. Even now, in hotels that cater to Europeans and Asians, bidets can be spotted.

In most hotels (and some homes), you’ll find a bidet separate from the toilet. It is a different fixture that looks like a cross between a toilet and a urinal. Situated directly next to the commode, a standalone bidet allows one to do their business on the toilet and then hop over to the bidet to clean up. But that requires hopping, for one, and a larger bathroom, for another.

There are now other options as well.

Companies such as Kohler, Bio Bidet, Bloom, and Brondell make bidet toilet seats that are perfect for your next bathroom upgrade. These seats replace standard toilet seats and come with a side arm to

direct water. They range from the simple, manual option to all-the-bells-and-whistles bidet seats that do everything but talk to you.

The good news: You no longer need an extra-large bathroom to accommodate a bidet; now it’s as simple as adding a new seat to your existing toilet.

Bidets for All Budgets

With standalone bidets as well as bidet seats currently available on the market, you’ll easily find the perfect bidet for any budget or bathroom design. Your wallet will be happy to hear that as you plan your bathroom upgrade.

From just $200 for a manual bidet seat, to into the thousands of dollars for an electric option, complete with a dryer, heated seat, and lights, you can choose the ideal toilet accessory for your family and budget.

It’s important to note that the bidet seat does need to complement the toilet itself. Unfortunately, not all toilets can accommodate a bidet. In some cases, you may need your bathroom upgrade to include a new commode to ensure that you can use the bidet you desire. The bonus here is that, if your toilet is older, it’s probably not as water efficient as it could be, so this could be a great opportunity to update everything and step into the now.

Also, if you have a large, spa-like bathroom, you can go old school and add a standalone bidet for between $250 and $700. This will allow you to keep your existing toilet right where it is.

Which Bidet Is Best?

At ProSkill Services, we are big fans of the bidet. We’re on a mission to share the joy that comes with enhanced personal hygiene with everyone in the North Phoenix and Anthem areas.

While we understand that most bathrooms aren’t large enough to add a separate, standalone bidet, if yours is, we can help with that. Remember that additional plumbing and electrical connections will be required when adding a bidet. If you’re in the market for a bathroom upgrade and remodel, that’s likely the best time to add a standalone bidet.

For the rest of us, however, there is the trusty bidet seat. In just a few hours, we can install a bidet seat of your choosing and provide direction on how to use it. Don’t worry; there won’t be any hands-on displays by our team.

Because we value the best in all things plumbing and electric, we recommend the Kohler bidet seat, which needs to be paired with a Kohler toilet for proper fit. We specifically offer four models of bidet seat, ranging from around $200 to upwards of $2,500.

And at the high end, your bidet will offer:

Are you ready to up your bathroom game? To be at the forefront of bathrooms in the US? To have all of your friends want to use the restroom at your place?

Okay, maybe that last one isn’t a big selling point….

But if you’re at least intrigued by what a bidet can bring to your daily bathroom routine, it’s time to explore the possibilities. ProSkill Services is your Anthem solution for plumbing, electrical, and HVAC, and we are huge proponents of adding a bidet seat to all of the powder rooms in your home.

With just one call, we can share with you the pros and cons of each option and let you know what we suggest for your family. Plus, one of our friendly technicians can visit your home (or office; we service commercial as well) to review what you have now and let you know exactly what to expect when you complete a bathroom upgrade that includes adding a bidet seat to your toilet.

Contact us to schedule an appointment. We’ll happily answer any of your questions on the phone so we can get you on your way to having one of the best bathrooms in America.

Also, be sure to follow us on Facebook and join our community. We’re always sharing helpful hints there.