How Long Do PEX Pipes Last?

No home is complete without reliable plumbing. And for many years, copper piping has been the go-to solution for plumbing lines in homes. However, PEX piping continues to gain in popularity.

How do you know if PEX pipes are the right choice for your home or business? Let's find out the pros and cons of working with PEX.

What is PEX piping?

PEX piping is made from cross-linked polyethylene (PEX). It's a plastic pipe for hot or cold water supply lines and drain lines under sinks and toilets. PEX can also be used to make radiant floor heating systems. The tubing is color-coded, so you know which type of PEX is installed in your home.

PEX piping is joined together using fittings onto each end of the tubing – no soldering required. The material is flexible, so it's easy to work with, even in tight spaces.

When is PEX piping used?

PEX can be used in residential homes, commercial buildings, as well as industrial applications. However, the most common use of PEX piping is for hot and cold water supply lines. PEX can also be used outdoors but shouldn't be exposed to direct sunlight or extreme temperatures.

PEX can be used in most residential applications, including:

How long do PEX pipes last?

PEX pipes are known to last up to twenty-five years under warranty permit. Not as long as some of the more traditional piping systems, but still highly durable.

The main problem with PEX pipes is that they only last as long as the quality of the installation. That's why it's best to use a professional plumbing service for PEX piping.

The only thing you need to do is check for leaks periodically so you know when it's time to replace an entire section or repair a minor leak that may occur over time.

The Pros and Cons of PEX Piping

Should you choose PEX piping for your plumbing project? Here are the pros and cons of this option.

It's cheaper than copper

Compared to copper, PEX pipes are less expensive and easier to install. So, if you're looking for a way to save money on your next home improvement project, PEX may be the right choice.

PEX pipes are flexible and easy to install. They can be bent around corners and shaped into curves, which is usually impossible with rigid metal pipes. In addition, PEX pipe doesn't require any soldering or welding.

Metal pipes are more challenging to install than PEX because they require special tools for cutting and joining them together properly. But PEX is softer and easier to manage. It can be easily cut with a utility knife or standard scissors. Once cut, the ends can be sealed with heat-fused fittings or a crimp ring.

PEX pipe is freeze resistant. When the temperature drops below 32 degrees Fahrenheit, PEX will expand to prevent freezing. This expansion helps prevent the pipes from bursting when they freeze. 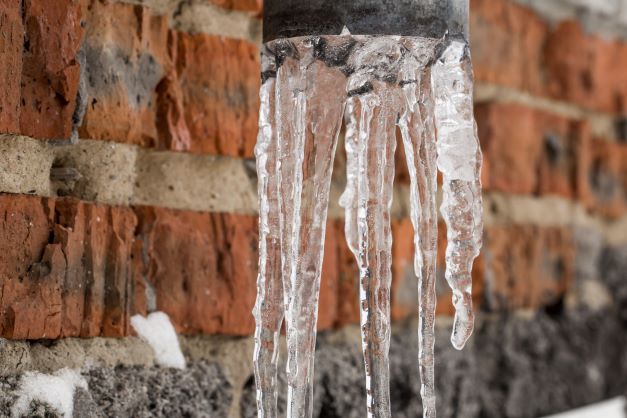 Unlike copper, which can corrode over time if exposed to moisture or acidic water sources, PEX is resistant to corrosion and other forms of deterioration. This makes it ideal for use in moist environments such as kitchens.

PEX is a safe and reliable piping material for drinking water. It is NSF International certified to meet NSF/ANSI Standard 61 for potable water applications. In addition, it corrodes less than metal pipes, like copper, so the risk of chemicals leaching into your water supply is minimal.

Another benefit is that PEX piping has fewer joints than copper piping, meaning there are fewer places where leaks can develop. When properly installed, PEX pipe doesn't require soldering or crimping like copper. The lack of joints also makes PEX systems easier to install and maintain.

It can't be used outside

When it comes to installing PEX piping outdoors, don't do it! The pipe will crack if it freezes, leaving you with leaks in your system. And it's not only the cold that causes a problem. PEX piping can become brittle when exposed to UV rays from the sun. Again, this makes it more likely to crack or break if exposed to these elements for too long.

Rodents are attracted to PEX pipes because they are constructed of a flexible material that makes it easy for them to chew through. Mice and rats have a keen sense of smell and will chew through the pipe to get to the water they need to survive. Unfortunately, this leads to leaks and repair bills.

Looking for affordable and efficient plumbing services for your home or business? Contact the ProSkill experts today for a competitive quote.